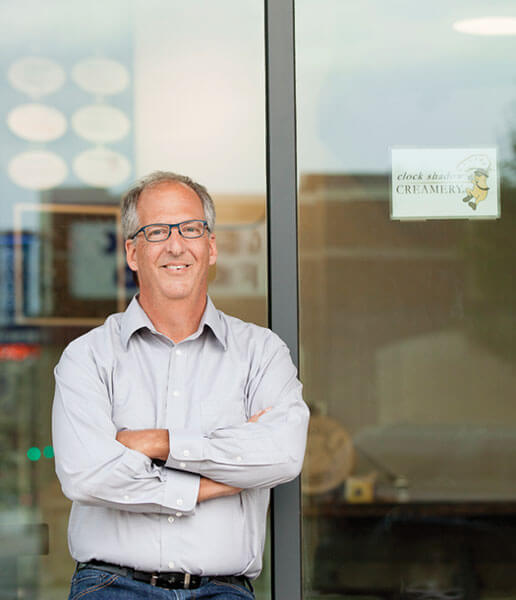 Bob Wills (not to be confused with the eponymous country singer) is legendary in his own right as something of a living patron saint to Wisconsin cheesemakers.  You might recognize some of his protiges: Mike Gingrich from Uplands Cheese (makers of Pleasant Ridge Reserve), Willy Lehner from Bleu Mont Dairy, and relative newcomers Anna Thomas Bates and Anna Landmark from Landmark Creamery.  He’s literally had his hands in the vats helping smaller start ups around the state get their footing in the business.

Cedar Grove Creamery – his cheese factory in Milton, Wisconsin, produces several dozen varieties of cheese under the Cedar Grove name, but also serves as a small business incubator to up and coming cheesemakers in need of a state of the art facility.  Cedar Grove stopped sourcing milk from animals treated with RBGH and adapted to green energy sources in the early 1990’s before “humanely raised” “hormone-free”and “green” were buzzwords in our industry.  We love that Bob is a good steward to family farms, animals, and independent cheesemakers. 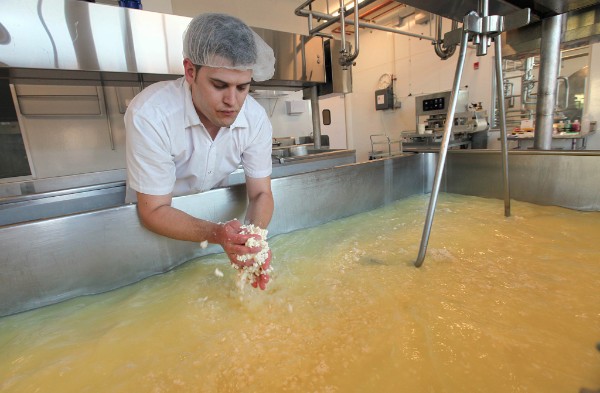 A few years ago, Bob opened a cheese factory in downtown Milwaukee, fulfilling a lifelong dream of creating an urban creamery in his hometown of Milwaukee, Wisconsin.  Clock Shadow creamery was built in Milwaukee’s blue collar Walker Point neighborhood using almost entirely recycled materials, his new cheese factory is LEED certified with geothermal heating and cooling, a water re-use system, and a rooftop edible garden.  Visitors can taste and purchase cheeses made on sight while watching cheese being made in the factory through the floor to ceiling glass windows.

After tasting the fresh chèvre made at Cedar Grove Creamery a few months ago, we decided to make the switch.   Our signature  fresh chèvre is made using milk from a single herd at a small family farm in Wisconsin.  It is smooth and fluffy in texture with a goaty lemon tang that finishes rich and fresh (but never bitter or barnyardy.)  This is a big change for us, but knowing the work that Bob and his team do, and the quality of their cheese, we felt like it was a no-brainer.  Our new chèvre from Cedar Grove Creamery is available in five and ten pound bags, give us a holler if you need a taste, we would love to send a sample with your next order.