Packed Like Sardines: A Visit to Conservas Ramón Peña 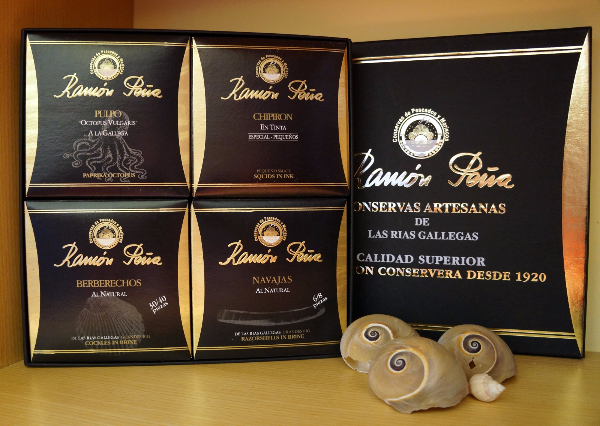 Located on the Atlantic coast of Northwest Spain, Galicia is home to some of finest seafood in the world.  The Port of Vigo is the region’s central fishing port, situated at the intersection between the cool waters of the Cantabrian Sea and the warmer currents pushed up from the Mediterranean, creating an ecosystem brimming with a diverse array of sea-creatures.  In fact, Vigo’s fish market was the inspiration behind Jules Verne’s classic novel, 20,000 League Under the Sea, after he witnessed all of the strange – and sometimes grotesque fish hauled back to shore by the Galician fisherman.

A few years ago, I had the opportunity to travel to Galicia to visit the region’s many conservas producers.  “Conservas” is the sexy Spanish word for canned food.  Years of civil war taught the Spanish to preserve the best of the season to be sent off with their sons and daughters fighting on the front lines.  Nowadays, conservas is less of a means for survival, and more of an art form.  The very best vegetables (heirloom tomatoes, piquillo peppers, and white asparagus) meats (foie gras, partridge and quail) and of course seafoods are preserved in cans and jars to be enjoyed later among family and friends. 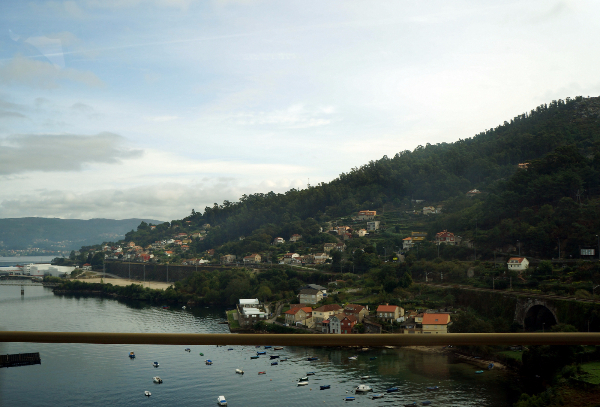 Canning factories dot the hilly landscape around the Port of Vigo.  Where thousands of factories used to operate at full capacity, now only a few hundred are left.  Every morning, the factories send their buyers to the fish market to select from the day’s catch.  Every day the factories churn out cans of tuna, mussels, octopus, and oddities like barnacles, baby eels, and the area’s famous razor clams.  We were packed like sardines (for authenticity’s sake) into a conversion van only slightly narrower than the winding two-lane road that connected each producer.  Once we arrived, we would tour the canning facility, taste through their wares (washed down with a glass of local wine) pile back into the van, and repeat. 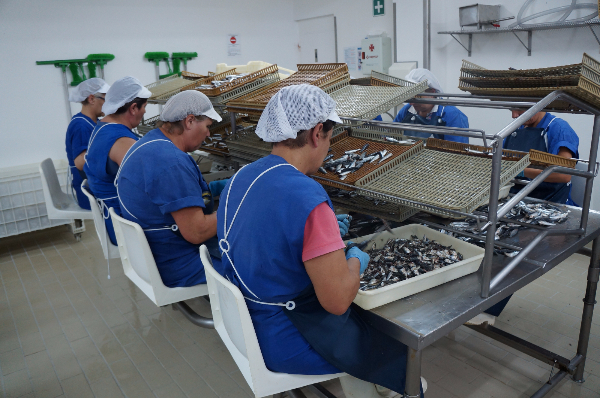 By the time we arrived at Conservas Ramón Peña, we had already visited four other conservas factories that day.  I was quickly approaching my limit of seafood – and wine.  After donning our sanitary jumpsuits, hairnets and booties, we were escorted through the kitchen – a feature unique to them.  At Ramón Peña any of the vegetables used in their conservas, are brought in fresh and cut by hand.  Each sauce is cooked to order in small batches by the chef on staff.  The factory was immaculate and serenely quiet, with a dozen or so women neatly cleaning and de-scaling fresh anchovies before layering them by hand into the tins. 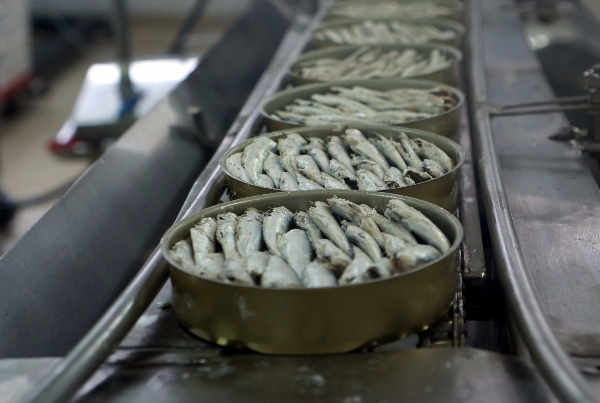 While the other producers we visited that day have run together in my memory, the conservas produced by Ramón Peña were exquisite.  The sardines were buttery and plump, the mussels were perfectly cooked in a sauce that was balanced out by a gentle spike of smoky pimenton, nothing tasted artificial or overly fishy.  It didn’t come as a surprise when I learned later that Ramón Peña is one of the most highly regarded producers of Conservas throughout Spain. 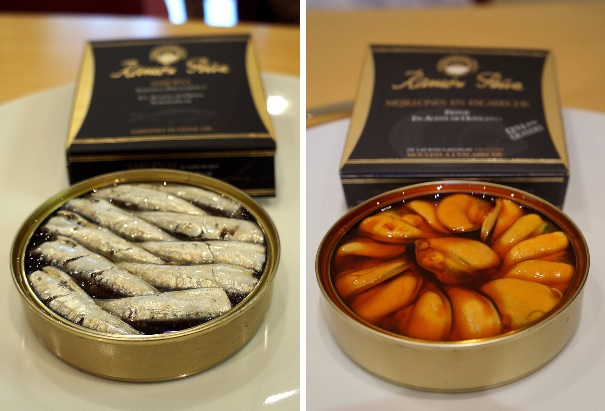 Well, it only took a couple of years, but we finally received our first shipment of the good stuff at Great Ciao World Headquarters.  We have a veritable smorgasbord of everything from squid in ink, to razor clams, mussels and cockles.  They make for a perfect bite when you crave something really special (and can’t find baby eels up here in the hinterlands…) We hear some restaurants even serve them straight out of the can!