A Visit to Conservas Ortiz 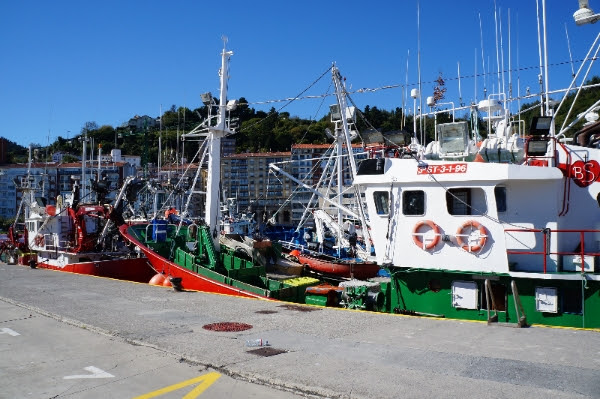 After a few days in rainy Galicia, the warm sun in Basque country was a welcome relief.  In a car, we climbed through the mountains on a winding highway until we reached Ondarroa, a small fishing town on the Bay of Biscay.  With only 8,000 residents, fishing and canning are the life-blood of the town.  A sculpture adjacent to the the fishing port pays a haunting tribute to the fisherman’s wives, waiting for their husbands who would never return from the sea. 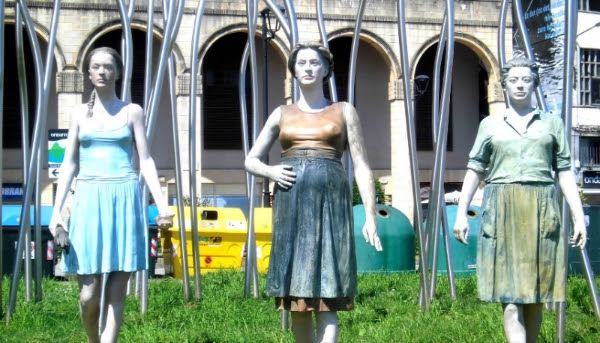 In 1891, Conservas Ortiz established their first cannery in Ondarroa, only a few blocks from the fishing port.   A hundred years ago, a horn from the docks would blast twice to signal the arrival boats carrying line and rod-caught Bonito del Norte tuna.  Today, the foreman can glance at the computer to see which boats have arrived with the day’s catch, but not much else has changed. The original factory is still operating and employs many of the town’s women, who set to cooking, cleaning, and hand-packing the tuna into jars and cans as soon as a fresh catch of tuna has arrived. 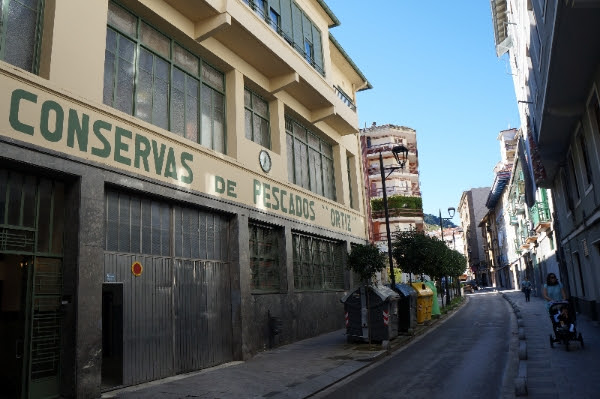 Bonito del Norte (albacore) is known for its white flesh, exquisite flavor and delicate texture.  This smaller breed of tuna is found in coastal waters of the Bay of Biscay in the Basque region of Spain during the summer season, when they swim north to dine on the Cantabrian anchovy. During the summer, they fatten up for their return journey south.

The best tuna is caught toward the end of the summer when the fish are nice and fat.  Each tuna is individually caught using a pole and line,  not with trauling nets or lines, making them fully dolphin safe.  Once the fishermen arrive at the docks with the day’s catch, the highest grade tuna are bought by Ortiz.  The fish are processed right on the docks within twenty four hours of being caught, cooked in seawater, and canned in olive oil. 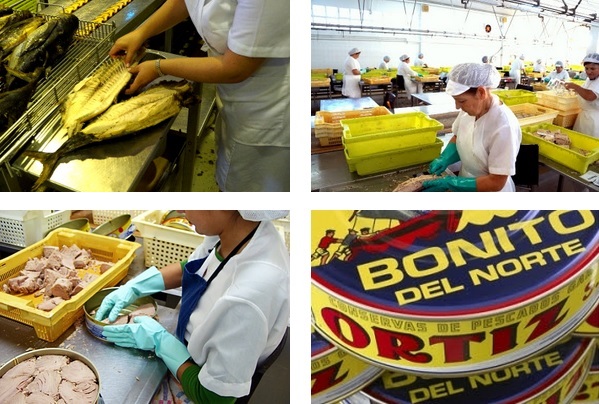 Pictured above clockwise: Bonito del Norte tuna after being cooked in saltwater, a factory worker cleaning each fillet by hand, a worker hand-packing whole cuts of loin into cans, Ortiz’s destinctive colorful tins.

The Spanish are known for preserving their best foods in cans and jars, and tuna is no exception.  Unlike most mass-produced canned tuna, Ortiz makes their’s from the best fish they can source, within hours of being caught.  We love Ortiz because rather than getting mashed flakes of tuna you get big cuts of loin (pictured above).  When tuna is packed in olive oil, it actually improves with age, which is why Ortiz holds their finished product for at least three months before sending it to customers.  The price on Ortiz’s food-service sized tins is comparable to the Italian oil-packed tuna we’ve carried in the past.  For such a superior product, it’s really a no-brainer, and we are thrilled to have it to offer. 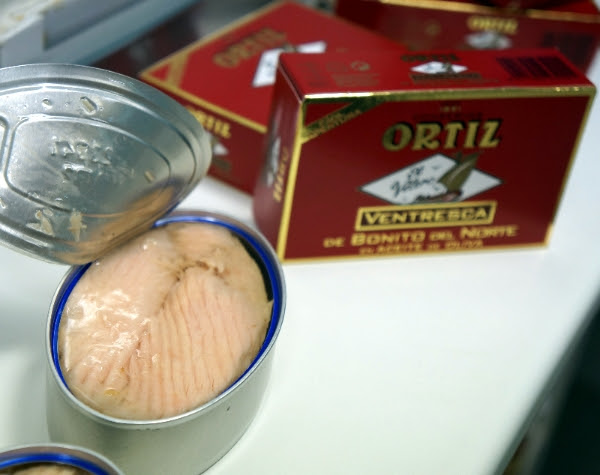 P.S. – If you are looking for a tuna epiphany, we have Ortiz’s ventresca (belly-cut) tuna in olive oil. Before the whole Bonito del Norte tunas are cooked in seawater, the bellies are removed and cooked separately.  Packed in olive oil, tuna belly is buttery and succulent.  The most prized Ventresca has been aged in tins between seven and ten years, but we can never get it to last that long before we break down and eat it.

Please call us at 612.521.8725 with questions regarding pricing or availability; we love to talk about food.  Happy Eating!