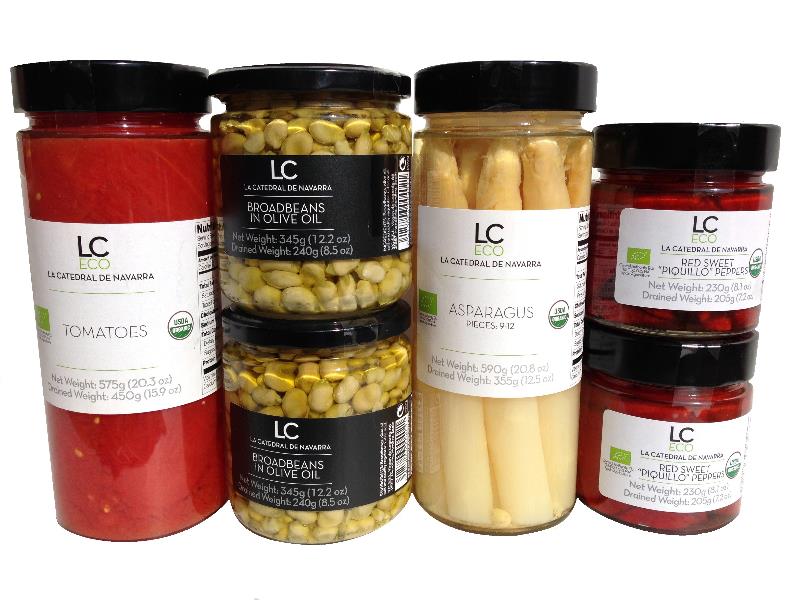 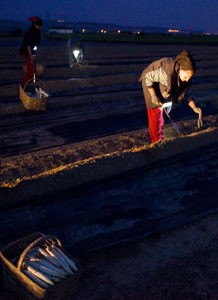 Our MO is to find the tastiest grub we can get out hands on – and so it is always a delightful surprise when we find products that blow the already great stuff we have out of the proverbial water.  Our latest Spanish import brought about a Piquillo pepper

paradigm shift, and even though we have many canned tomatoes that we cherish, La Catedral’s version are the best we’ve ever had.

La Catedral de Navarra is a family owned company located in the Navarra region’s fertile Ebro valley.  Spain has a reputation for putting their best foods into tins and jars.  Today, these foods are considered delicacies, but historically they come from the humblest of origins.  During the Spanish civil war, soldier’s mothers preserved vegetables to sustain their children while they were off fighting.  After the Civil War ended, continued food shortages made it essential to store as much seasonal food as possible to feed their families year round.  Petra Lopez started her small canning business in Mendavia in the 1920s.  By the late 1940s, La Catedral had grown to support the farmers from around their village community, and had a reputation for canning the best artichokes, tomatoes, peppers, white asparagus and leeks in the region. 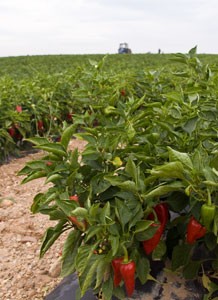 La Catedral works closely with their farmers; crops are always harvested at their peak of flavor, and are preserved immediately on arrival from the field.  This picture shows P.D.O. White Asparagus of Navarra being harvested at night to prevent any photosynthesis from occurring.  Once they are brought to the canning facility the asparagus is scalded before peeling, and each jar is packed by hand.  The texture is delicate and soft without any fibrous strands, the flavor buttery with just a touch of characteristic bitterness.
La Catedral’s Organic, P.D.O. Piquillo peppers are hands down the best any of the Great Ciao-ers have ever eaten.  Piquillo peppers are harvested between September and November, charred over open fires, and hand peeled.  The whole peppers are then dry packed into jars, so that the intensity of their flavor is preserved as they marinate in their own juices.  The texture maintains a bit of crisp snap (something absent in other Piquillo peppers) and you can taste a pleasant hint of fire-licked flavor.