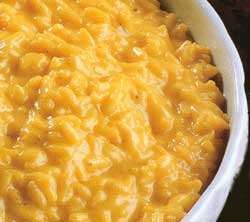 What is unique about Principato di Lucedio risotto rice?  The name signifies that the rice is not a blend of different rice varietals, as can be the case with many.  Principato di Lucedio, an estate established in the 12th Century guarantees that the product is 100% the named designation.  Risotto rice has high starch content and is considered a medium to short-grain rice.  These types of rice absorb liquids well, while releasing their starch. The three varieties we carry at Great Ciao are: Vialone Nano, Carnaroli and Arborio.

There are as many opinions about risotto as there are people.  Some folks like there to be a little tooth, some people like it to be like soup and some like it to be tight or dry.  Whatever your preference Great Ciao has the rice to help make those desires reality.