We brought in Red Boat Fish Sauce a little over a year ago, at the behest of our friends Bob & Kristen at Valley Cheese and Wine in Henderson, Nevada.  And despite the fact that you can find cheaper versions of fish sauce, Red Boat’s version has quickly become a pantry staple in some of the best kitchens and retail shops around the town. 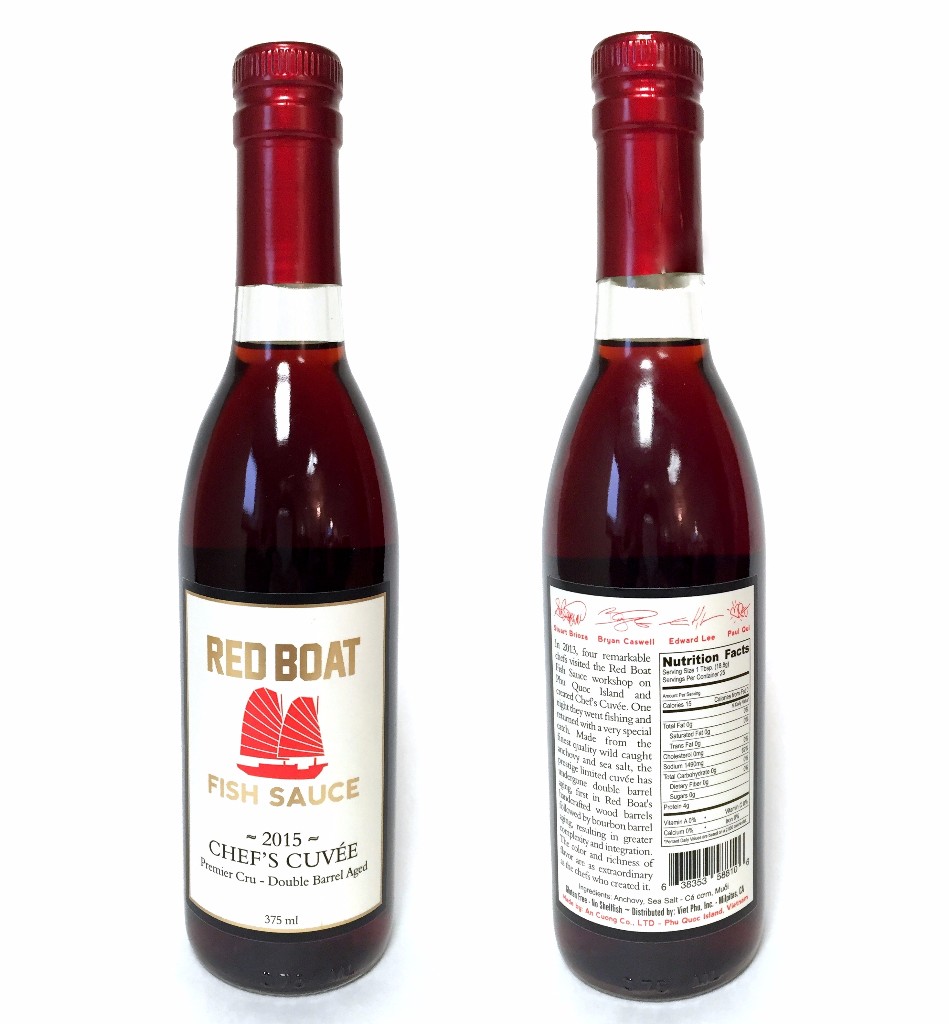 The new 2015 Chef’s Cuvée was developed by chefs Edward Lee (610 Magnolia in Louisville), Stuart Brioza (State Bird Provisions in San Francisco), Paul Qui (Qui in Austin) and Bryan Caswell (Reef in Houston), on their 2013 trip to the “Fish Sauce Trail” with Food Republic that took them from Saigon to the island of Phu Quoc where Red Boat Fish sauce is made.  This special selection is aged in Red Boat’s tropical wood barrels, and then aged for an additional eight months in spent Kentucky Bourbon barrels.  The resulting fish sauce is deep ruby red in color with a sweet fruity aroma and lingering notes of smokiness and caramel.  This limited run is available in 375 ml. glass bottles. 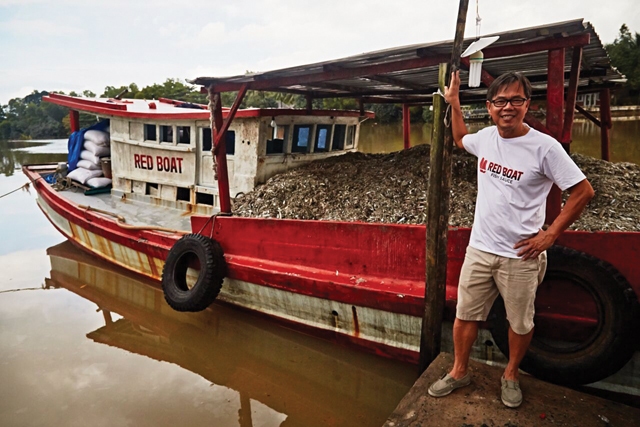 In Vietnam, 95% of families use fish sauce on a daily basis.  Owner Cuong Pham grew up Saigon where he remembers the vivid sweet brothy flavor that the fish sauce from his Uncle’s factory on Phu Quac brought to his mother’s cooking.  When his family immigrated to the United States during the war, they were disappointed by the fish sauce they found in American markets – if they could find it at all.  While working in San Francisco during the dot-com boom of the nineties, he returned home to Vietnam, to find that many of the traditional fish sauce producers on Phu Quac, including his uncle’s, had gone out of business.

In 2006 he bought and revitalized a small fish sauce factory on the island of Phu Quac, which is known both for its phenomenal fish sauce and for its ample black anchovy population.  Black Anchovies are harvested off the Phu Quoc island archipelago.  When the traditional red wood lacquered boats return to the port, the anchovies are cleaned, and immediately packed with salt into tropical wood barrels.  The tropical wood barrels impart an intense fruity sweetness that we were shocked to find was not from added sugar.

(°N is an industry standard to measure the number of grams of nitrogen per liter of fish sauce which tells you the protein content and thereby relative strength of the fish sauce.)